Our shop is located in Ukraine. Our country was attacked by Russian federation and we are at war.

This might affect order shipment and delivery times. Please, be reassured we are committed to serving our customers- producing and shipping your orders on time! In case of any questions or delays, PLEASE feel free to contact us. Thank you for your support and undarstanding!! 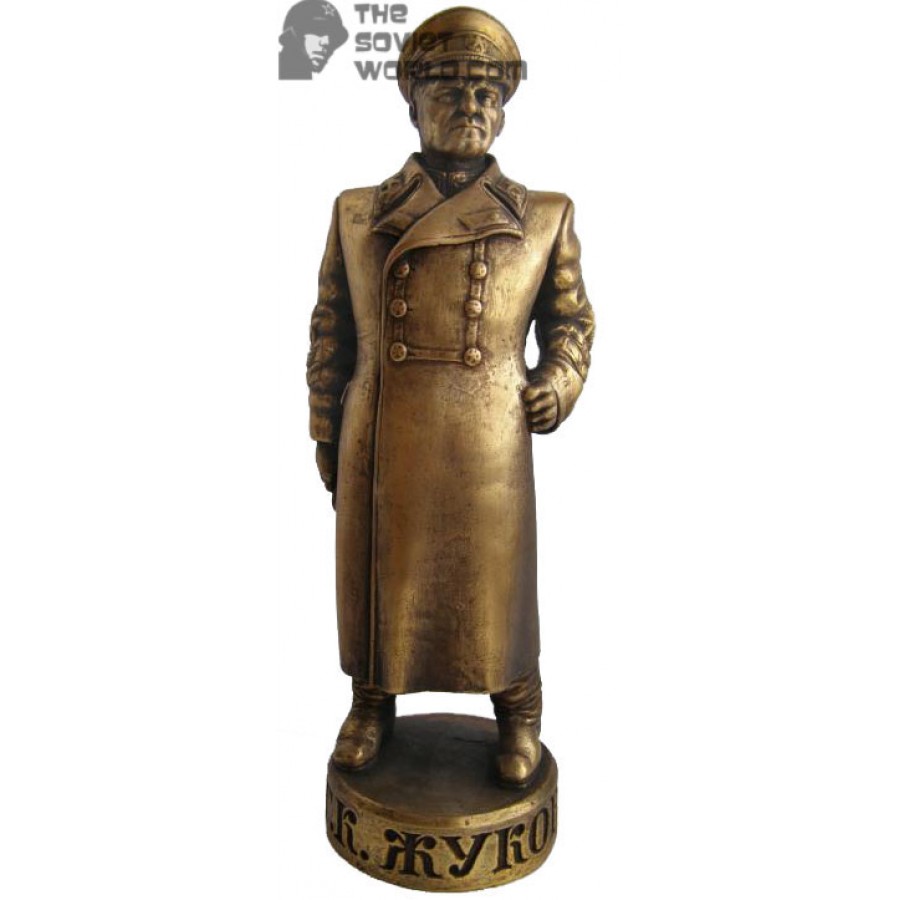 Georgy Zhukov (November 19 (December 1) 1896 - 18 June 1974) - Marshal of the Soviet Union, 1955-1957 Minister of Defense of the USSR. Four times Hero of the Soviet Union, holder of two Orders "Victory", Soviet and foreign orders and medals. During the Great Patriotic War held responsible posts in the leadership of the USSR Armed Forces. Thus, at various times Zhukov was the chief of the General Staff of the Red Army (February-July 1941), a member of the High Command Headquarters (June 23, 1941), the Supreme Command (from July 10, 1941), the Supreme Command (August 8 1941). August 26, 1942 Georgy was appointed Deputy Supreme Commander, to August 27, 1942 - First Deputy People's Commissar of Defense of the USSR. Commanded fronts: the Reserve, Leningrad, West (at the same time was the Commander of the Western direction), the 1st Ukrainian, 1st Belorussian. After the war, Marshall served as Commander of the army, commanded by Odessa, then the Urals Military District. In 1953 he became the first deputy Minister of Defense of the USSR, and from 1955 to 1957 - the Minister of Defense of the USSR. In 1957, expelled from the Central Committee of the party, dismissed from all posts in the army and in 1958 he was sent into retirement. Bust is made of bronze copper, height 33cm (13 inches).